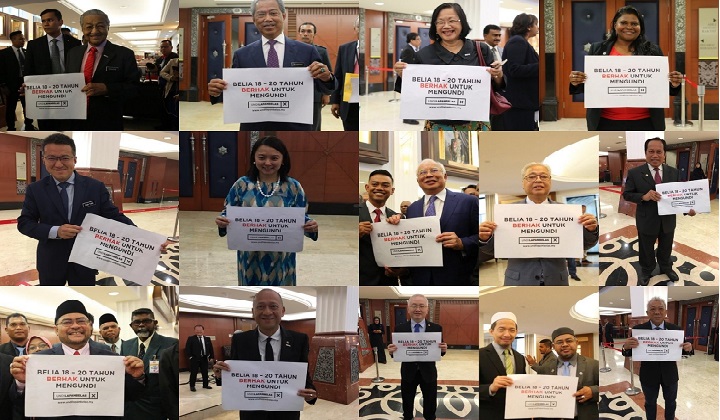 History was made as the Undi 18 Bill was passed in Parliament yesterday (16th July) with unanimous support from ALL PARTIES. Yep, opposition AND government agreed on something!

The Bill received 211 votes, more than two-thirds
majority in the 222-member Dewan Rakyat!

â€œThe Bill has received 211 votes, zero nays and no one present has abstained.â€

What you may not realise is that the voting for this amendment
of the Malaysian constitution makes history for being the:

First time an amendment is made with unanimous,
bipartisan votes.

First time an amendment is made by a government without
two-thirds majority.

First constitutional amendment in 10 years (last was in
2009).

â€œIt didn’t happen before; I have been in this Parliament for a long time, but this is the first time where a law was passed by all members of Parliament. Not even a vote objected to it, far higher than the two-third majority that we needed.â€

What will the Bill change?

Besides being able to vote at the age of 18, Malaysians can
also look forward to automatic voter registration and lowering of candidacy
age to be a federal lawmaker in the Dewan Rakyat to 18 as well.

This means that a Malaysian citizen can be voted to be a Member of Parliament (MP) from 18 years old!

So every 18 year old can vote already lah?

Although the Bill has just passed the second and third reading in Dewan Rakyat, it has to go through another round at the Dewan Negara where senators will vote to pass the Bill into law.

Once the bill has passed Dewan Negara, it will be presented to the Yang Di-Pertuan Agong, who will then approve it.

According to the Malaysian Parliament official portal, the next Dewan Negara meeting will take place from 22 July to 31 July 2019. So, we donâ€™t have to wait too long!

Congratulations to Syed Saddiq, Youth & Sports Minister,
and the entire Undi18 team for their tireless campaigning and hard work to make
this Bill a reality.

Now that the youth have a stronger voice in the affairs of Malaysia, let us know what changes you hope to see on our Facebook & Twitter .