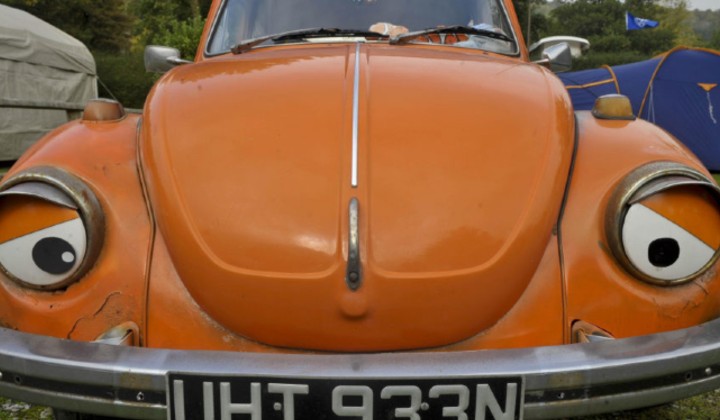 This week marks an end of a glorious era as the last of the iconic Volkswagen Beetle is set to roll off the production line at the company’s factory in Puebla, Mexico.

The world would not soon forget the legacy of this tiny bug which was casted in many classic motion pics such as the beautiful white racing-striped monster in the 1969 film Herbie, or the stylish yellow lemon drove by Kevin Bacon in the 1980’s movie, Footloose.

Or even closer to home, the mysterious yellow Volkswagen that haunted the dark silent roadways of the Karak Expressway. (not too sure what the movie is called, sorry…)

A rich (and varied) history

This relic from the time of Nazi Germany (yeah guys, believe it or not, Adolf Hitler had a hand in the development of this car…) has a rich history spanning nearly eight decades since the first production model came out in 1938.

In the 60’s, the car became the symbol of the counter-culture revolution made famous by none other than the hippies.

The original version of the Beetle, a rear-engine vehicle with its signature rounded silhouette, had lovingly served owners, enthusiasts, and collectors from all corners of the world before the newer generation of modern bugs hit the showrooms in 1998 and again with its third generation in 2012.

As the wheel turns

But alas, times they are a-changing, and the demand for the turtle has been replaced with the need for more common and mediocre modes of transport.

The company said that the freed-up factory space will be used to produce a new compact SUV instead… (well hey, at least they’re bringing back an electric version of the Kombi…)

Previously, the German automotive giant had announced the Beatle’s retirement back in 2018.

The last of the Beetle series will still be available in either a convertible or hardtop version priced at around RM150,000.