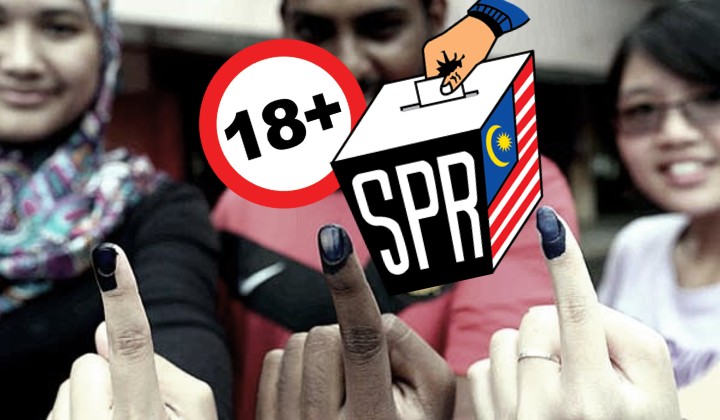 Pakatan Harapan has given the green light to allow automatic voter registration and will be going ahead with plans to reduce the legal voting age from 21 to 18.

The Bill to amend Article 119 of the Federal Constitution will be tabled to be voted in Parliament on July 19.

Basically what this means is that if the Bill were to pass, not only would it allow for those who have reached the legal age of 18 to vote in the next Pilihan Raya, a citizen would also be undeniably counted as an eligible voter without the hassle of getting oneself registered. Hence the automatic part…

Pakatan had also agreed to allow 18-year-olds to contest as candidates in general elections, allowing for more youths to join the political arena in the near future.

The country currently has some 15 million registered voters while another four million remain unregistered. The implementation of this system would roughly see a 30% increase.

But, it’s not all said and done yetâ€¦

The Pakatan Harapan government currently owns 139 seats out of the total 222 chairs in the Dewan Rakyat. In order for this system to be implemented, the Bill still requires a two-thirds majority of 148 votes in the House.

We are talking about amending the Federal Constitution hereâ€¦

But they have been rumors of Opposition leaders in support of the change.

So guess we just have to wait and see if the Bill comes to pass.