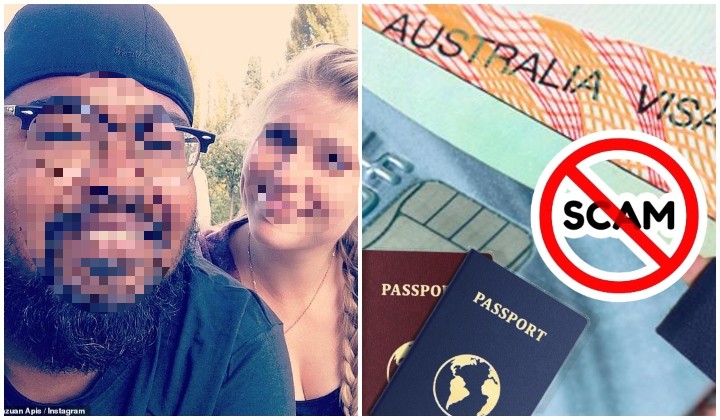 Just last week, Marzuki Yahya, Deputy Foreign Minister stated
that thousands of Malaysians are seeking refugee status in Australia as an
excuse to permanently stay in the country.

In fact, Malaysians made up over 50% of the total number of
protection visa applications received by the Australian Administrative Appeals
Tribunal (AAT) between 2017 and 2018.

This week, we hear the personal account of a Malaysian man who told The Australian newspaper how he took advantage of Australiaâ€™s human-rights friendly policies.

Nazuan Apis, who arrived in Australia in 2016 with a three-month
tourist eVisa, did farm work to make some cash, aaand he already knew that
he was probably going to overstay on his visa because he wanted to make more
money.

Then a Malaysian work agent approached Nazuan while he was working at Robinvale,Victoria and offered him a protection visa for only AUS$100 (~RM290).

Nazuan said 15 of his Malaysian housemates also applied for the protection visa through the same agent.

All they had to do was fill up a form and get the local police to authorise it. It was that simple.

A protection visa allows foreigners to PERMANENTLY stay in Australia as long as they arrive with a valid visa. Those who apply for the protection visa must be a refugee or meet the complementary protection criteria.

According to the Australian immigration website, a refugee seeking protection visa must have a â€œwell-founded fear of prosecutionâ€ based on their:

Meanwhile, complementery protection applies to those who are not refugees but cannot return to their home country because they will face â€œsignificant harmâ€, defined as:

Nazuan managed to get the visa and spent over a year working
around Australia before going home to his wife and children.

When he left, customs officers at the airport warned him to â€œnever
come again.â€

His story, which was initially shared on the Australian newspaper gained traction after it was shared on the UK news site, Daily Mail.

In Australia, Malaysians are the highest number of visa overstayers and the second-highest number of protection visa applicants. Wondering what kind of persecution they said they were escaping from. https://t.co/d599QY4zum

In fact, in 2018 Malaysians were taking to social media to complain about long waiting time for visa approval and visa cancellations as well.

Marzuki Yahya said that itâ€™s hard for Malaysia to control the situation as many of these unscrupulous individuals would travel to Australia as tourists before getting rid of their passports and claiming to be refugees.

However, he gives assurance that the ministry will be working closely with the Australian authorities to monitor the problem.

Have you noticed any change in applying for an Australian tourist visa in the past few years? Let us know on our Facebook page.