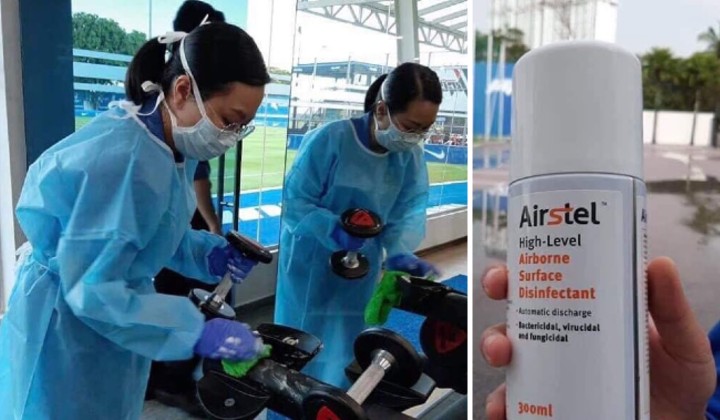 He announced that 17 players had contracted an influenza virus,
11 of them from the senior team.

Edwards says measures are being taken to contain the virus.

Medical assistance has been summoned to screen all players, coaches, and personnel.

Disinfectant was used to wipe the area down.

At the time of writing, there has been no disclosure on the type of influenza contracted by the team.

Influenza is a type of virus that is commonly known as the flu.

The most common types of flu are influenza A or B, which are extremely contagious respiratory illnesses.

It normally spreads when you come into contact with something that someone else (who is infected) sneezes or coughs up.

Antibiotics do not help in influenza cases. Instead, it is normally treated symptomatically (like taking fever medicine or cough medicine depending on the symptoms presented).

Generally, the flu will go away in about 7 to 10 days of rest and symptomatic medication.

We hope the squads fully recover by the next match.

Your Makeup Is Making You Really, Really Sick