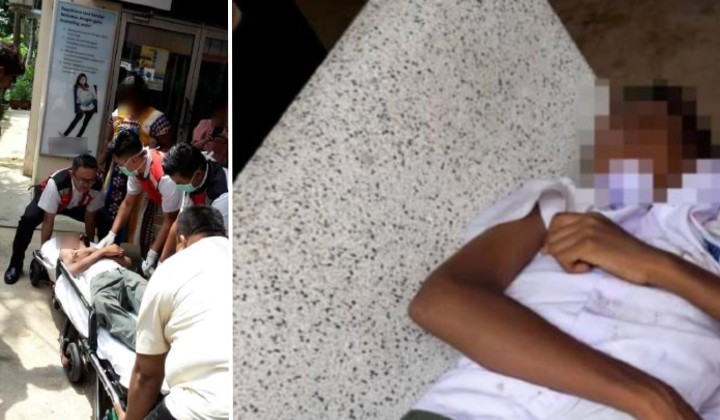 A 14 year old boy complete in his school uniform in Kuantan didnâ€™t only decide to skip school, but also decided to have a not-so-innocent padang session.

Unfortunately, the young boy couldn’t control himself and wound up passing out after consuming cheap alcohol.

A passerby found him knocked out on a bench nearby his school.

Later, an ambulance rushed him to Tengku Ampuan Afzan hospital.

Some have been saying that he had a methanol poisoning.

However, that is not the case. The latest report says that he is doing fine and there hasnâ€™t been a poisoning.

The District Education officer has promised to hold a counselling session between the parents and the student involved.

The school will also hold a talk on the dangers of drinking to warn against drinking.

BTW, teens are at a greater risk of alcohol-related harm than adults. This is because teenagers are more likely to drink heavily over a short period of time AKA binge drinking.

So remember guys, if you are going to drink, then please drink responsibly.