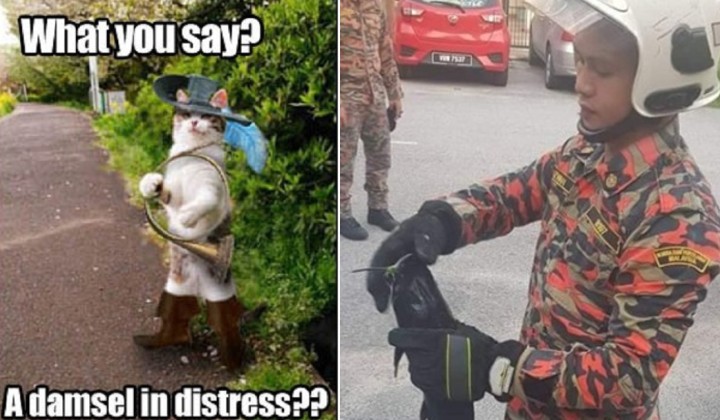 Yesterday at 7am, the Shah Alam Fire Brigade received a distress call from a 49-year-old woman.

Unlike other damsels in distress locked in towers, hers involved her pet catfish that stung her cat.

The 49-year-old feared for her safety and her son’s after their pet cat died from being stung from the catfish.

Initially, the Kota Anggerik Fire Brigade control room tried to dismiss her call, saying it was not an emergency.

But after the woman pleaded for help, arguing that there was no one else to help her, 5 firemen showed up.

The firemen successfully caught the 3kg catfish and brought it to their fire station.

We aren’t very sure what kind of catfish this woman possessed, because generally catfishes don’t kill humans. Though, they might sting if attacked.

Are M’sian fish really “turning gay” because of river pollution?