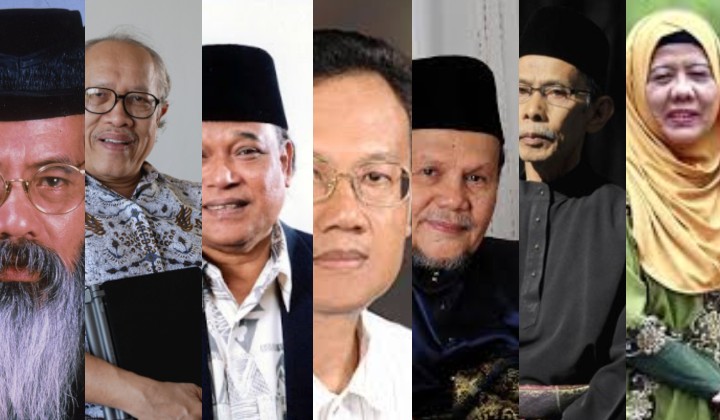 Its a fine time for the nation’s art scene as the government had announced that its providing living expenses to Malaysia’s most renowned national laureates.

The title National Laureate or Sasterawan Negara is only given to individuals who have made major contributions in Malaysian literature.

Seven of the country’s renowned national laureates were granted RM5,000 monthly allowance for playing their part in the nation’s literary arts.

Finance Minister Lim Guang Eng said that the funds will be allocated to provide our Sasterawan with some sense of comfort so that they may continue on with their intellectual contributions to society.

There are currently 13 individuals listed as honorary national laureates.

Here’s what we know about the seven commendable Sasterawan who have been granted the allowance:

The legendary Abdul Samad Muhammad Said or more popularly known by his pen name, A. Samad Said, is known for his iconic long flowing white locks, as well as for being one of the most notable figures in the national literary scene.

Dubbed as the nation’s own Pejuang
Sastera (advocate of the arts) the author is well known for his writing in
almost all fields of literature, winning himself several prestigious accolades
including the Southeast Asia Write award in 1976.

The writer spent the bulk of his life as an activist, devoted to upholding the Malay language through his multiple works in writing, most notably through his two most recognized pieces of work; the novel ‘Salina’ – which tells the story of a sex worker in pre-Merdeka Malaya – and ‘Hujan Pagi’, considered to be the country’s first-ever rendition of a magical-realism novel.

Known for being a renowned writer, poet,
critic and academic, Muhammad Haji Salleh was granted the prestigious title of Tokoh
Akademik Negara (National Academic Figure) in 2008.

The author is attributed to his scholastic notes that dissect the deeper meanings and connotations of classical Malaysian literature and philosophy.

Muhammad, who began his career as a teacher, emerged in the national literary scene through his focus on poetry, writing and critical analysis of literature where his work has been translated and published in 12 different languages across the world.

Having written and performed more than 30 different titles during his time, Nordin Hassan is a Malaysian playwright known for his strong-willed social criticism and imaginative takes on the Malaysian theatrical arena.

The dramatist is well recognized for his critically acclaimed works in the theatrical arts, where his titles are noted for instilling traditional imagery and local practices and conveying them to modern audiences.

Among his well-known works are his written dramas titled, ‘Jangan Bunuh Rama-Rama’ (Don’t kill the butterfly) which aired in 1979 and the drama titled ‘1400’ which was aired back in 1981.

His efforts in both preserving and showcasing the Malay identity and sharing philosophical ideas earned him a place as a national laureate in 1993.

A novelist and short story writer, Anwar Ridhwan graduated with honors from University Malaya before continuing with his career at the Dewan Bahasa dan Pustaka (DBP).

Spending most of his life engulfed in the realm of literature, Anwar Ridhwan is credited with being one of the most influential writers in the country.

With notable works such as his novel ‘Hari-Hari Terakhir Seorang Seniman‘ (The Last Days of the Artist) which won the author the Yayasan Sabah-GAPENA Novel Prize in 1979, and ‘Bili I Nebili Ostrovov Ogonsoto’ (True and Imaginary Stories of Ogonshoto) published and translated by renowned Russian historian, Victor A. Pogadaev, and noted to be a masterpiece in postmodernism literature.

Operating under the pseudonym ‘Kemala’, his works consisted of written poetry, dramas as well as several children’s stories.

Kemala was also the chief initiator of the International Poetic Readings in Kuala Lumpur and also had a hand in founding the international Bahasa Malaysia writer’s organization, the Nusantara Melayu Raya (NUMERA) in 2012.

A writer, poet, and renowned intellectual figure, Baha Zain is attributed with amazing contributions towards the national literary scene through his corpus of poems which have been translated and published in several languages including Korean, German, Russian and Spanish.

Going by the pen name Haniruz, Zurinah Hassan is the first-ever woman to receive the honor of becoming a Sasterawan Negara.

Being awarded the Putera Poetry Award in 1984, Zurinah Hassan is recognised for her aspiring works in poetry, short stories, and novels, of which some were translated and published into French, Spanish and Russian with her collection of poems called ‘Menghadap ke Pelabuhan’ (Facing the Harbour) published in 2010.

The writer also became the first Malaysian ever to be granted with the Sunthorn Phu Poet Laureate accolade when she won the ASEAN Poetry Award in 2013.

Let’s together give our esteemed Sasterawan a huge round of applause and congratulate them on their great achievements and contributions to the country.