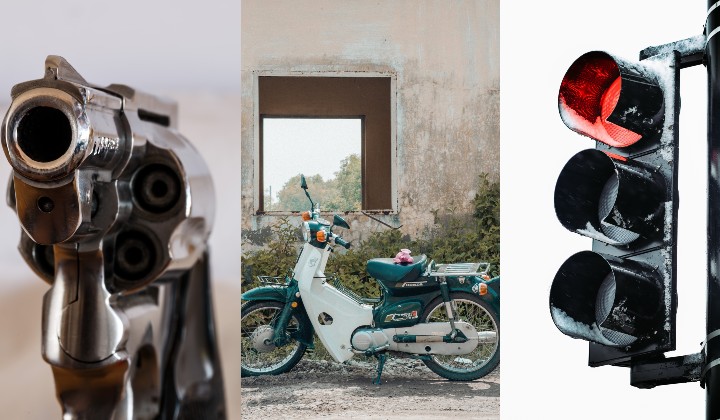 If you have ever taken a ride with some body, you know that youâ€™re pretty much trusting your life in their hands. But have you ever asked yourself what would happen if someone were to betray that trust?

Answer is, some really bad thingsâ€¦

A 21-year-old man was shot in the arm by a traffic cop when his friend had decided NOT TO STOP after running a red light in Kedah, yesterday.

The duo was on their way to work on a motorcycle with the
victim riding pillion at the time.

According to New Straits Times, the policemen who had fired the shot was apparently trying to stop the two youths from beating the red light.

It was noted that the 22-year-old motorcyclist did not have a licence at the time, which was (un)assumingly why he did not stop despite his friend (the one who got shot) had insisted him to do so.

The victim is currently at the hospital being treated for severe injuries and awaiting surgery to remove the bullet from his arm.

Kedah police officials are yet to give a full statement regarding the incident, but said that the officer responsible for the shooting has yet to step forward.

Though the actions of the cop clearly seemed
unjustified (firing a weapon at two kids running a red lightâ€¦ overkill
anyone?) have you ever wondered â€œis it really that big of an offence to be
driving or riding without a licenceâ€?

As of 2016 both the driver (and rider) and the passengers caught without a licence will be hauled straight into court to face charges for the offence.

Thatâ€™s right, even if you might not be the one behind the wheel at the time, you might face charges under Section 26 of the Road Transport Act where you could face a fine of up to RM1,000 or a yearâ€™s jail or both.

Law enforcers are no longer issuing summons for offenders caught driving without a licence, instead those found at fault would have their vehicles seized and they would be barred from driving.

So unless youâ€™d like to be a painted target (pun intentional) for the law, make that the person you trust to carry you from point A to point B does indeed has the proper documentation to do so.