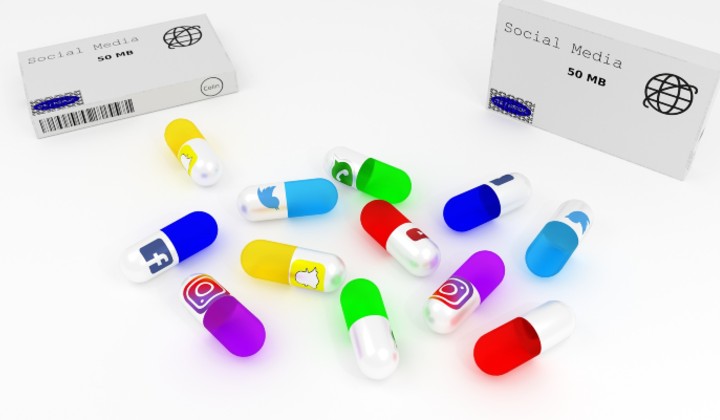 According to a report by The Star, Dr Rusdi is quoted as saying that as the use of social media tools increases in our day-to-day lives, the affects that it has on our mental health and well-being is becoming more and more profound.

The doctor explained that people who are undergoing episodes
of depression are more inclined to seclude themselves from regular human
interaction, making social media their go-to choice in seeking connection.

Essentially what this means is that, those who suffer from depression often turn to social media as a remedy to their ailments, thus becoming more desensitized and no longer interested in having authentic connections and meeting people in real life.

The doctor also describes on how the negative effects of social media is akin to drug addiction.

Individuals seek the means to escape the harsh realities of their surroundings by using social media as a way of coping with their inner inadequacies and insecurities (like taking a quick dose of the timeline for a fix).

“They will want to seek more of this feeling and eventually, they will lose control of their social media activity leading to addiction.”

Said Dr Rusdi via The Star

This is made even worse if the connection and feedback that
one gains from social media interaction are negative and unpleasant.

The doctor cautioned that social media addiction also carries harmful impact on a person’s physical health and relationships too, adding that the negative effects of social media extends well beyond just being a discussion on thoughts and feelings.

According to a study by the Malaysian Communications and Multimedia Commission (MCMC) a total 80% out of the countries estimated 24.1 million internet users spend most of their time (more than four hours per-day) on social media channels and sites, with 76% of the heavy users being youths between the ages of 20 to 49

A study in 2013 also determined that those youths between the ages of 18 to 25 are at the most risk of suffering from internet addiction.

The discussion on mental health is currently taking center stage in Malaysia with the government seeking to reform the nation’s policies as well as the general view on the issue.