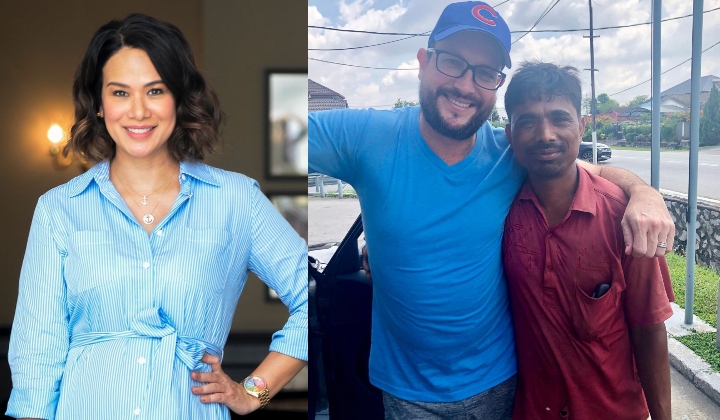 Documented and undocumented immigrants and refugees often get a bad name and are shunned by the locals of the countries which they seek refuge and work.

So, when we hear stories involving kind hearted and honest refugees and immigrant workers, itâ€™s a nice reminder that they are people too. They are often just trying to get by and rebuild their lives as best they can.

Elaine Daly recently shared on Facebook how Amin, a Rohingyan refugee who lives in Malaysia and works as a scrap metal collector helped her and her husband.

Elaine and her husband Nick were running errands one morning. During that time, Nick accidentally left his handphone and his wallet on the roof of their car.

At some point during their journey, Nickâ€™s belongings fell off. The two only realised his belongings were missing when they reached their destination. Nick panicked as he had just withdrawn cash from the ATM that day.

Elaine and Nick kept on calling his phone half expecting to never find his belongings again. Then, an hour later Elaine receives a call from Nickâ€™s phone.

Amin had found Nickâ€™s things and wanted to return them.

Amin told the couple that he had found it off the highway and picked it up. He also told them that if he couldn’t reach them, he likely would have handed their belongings to the police station.

Elaineâ€™s Facebook followers commended Amin for his honesty and sincerity.

Most people forget that immigrants and refugees have sacrificed a lot to come here in search for work or safety. Many come from poor or oppressed backgrounds.They incur debt and sometimes have to leave their families behind when they come to Malaysia.

They often end up working in terrible conditions, get cheated, exploited, extorted, and even trafficked. The reality is, getting involved in criminal activities is the last thing they want as it could result in them facing possible deportation.

Elaine Daly’s experience with Amin comes just behind another recent story about how an immigrant worker at Tesco who found and returned a customer’s clutch that had RM2,000 inside.

So, be kind to the next immigrant and refugee you see. Let’s restore faith in humanity, together!

Gardenia Under Fire For Hiring Rohingya Refugees, Invites Locals To Apply For Work