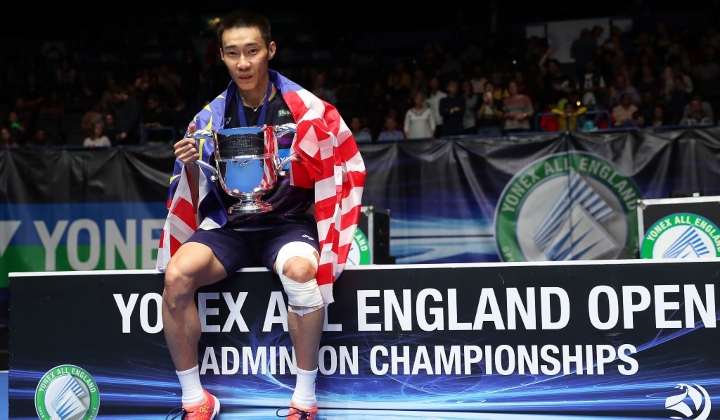 Chong Wei battled with nose cancer in July last year. After the three-time Olympic silver medalist underwent treatment in Taiwan, he announced in November that he had no intention to retire before competing for the gold at Olympics in Tokyo next year.

However, after resuming his training in early January, Chong Wei failed several times to get a green light on his health from his doctors, and finally came to accept that he has to step down without having an elusive title to his name.

Despite this, no one can deny that heâ€™s one of the best menâ€™s singles shuttlers the world has ever seen. There was something about watching Chong Wei battle on the badminton court on behalf of Malaysians. Chong Wei united us, and his contribution to Malaysian sports will forever be etched in our memories.

On that note, weâ€™d like to highlight some memorable matches of Chong Weiâ€™s career that Malaysians will never forget.

The rivalry between Chong Wei and Lin Dan is nothing short of legendary.

Despite being just the semi-finals, Malaysians everywhere were caught in the suspense of the match and cheered with him in celebration with his achievement.

The Indian badminton ace was a newly crowned world No. 1 when he lost the menâ€™s singles final to Chong Wei at the 2018 Commonwealth Games in Gold Coast.

“This is one of my most memorable achievements because this will be my last Commonwealth Games.

“I know how important this gold medal is for Malaysia. I won this for the whole Malaysian badminton team.”

For Chong Wei, the 2006 Malaysian Open final against Lin Dan was his most memorable match.

The match, held in Kuching, was an unforgettable experience for the Malaysian badminton star due to the fact that Super Dan was only one match point away from victory as he led 20-13 in the rubber.

Yet, Chong Wei managed to pull off a stunning comeback by winning seven straight points to level at 20-20 with the five-time world champion before winning 23-21 in the last set in the 70 minute long game.

â€œOf course the 2006 Malaysia Open win was the most memorable for me. Lin Dan was leading 20-13 and only needed one more point,â€

â€œI still needed eight points and I was lucky I didnâ€™t make any mistakes to eventually win the game.â€

Chong Wei, thank you for putting Malaysia on the international stage. You’ve truly made us proud!