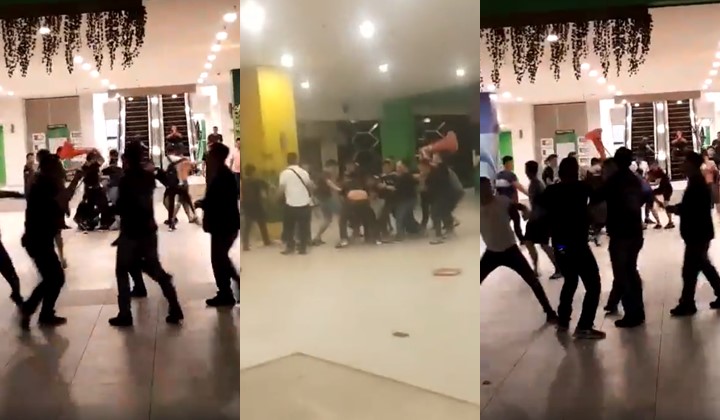 A messy mob fighting at Scott Garden was recorded and put on Facebook.

In the videos, a group of men can be seen assaulting the victim who later falls onto the ground.

The victim is then beaten with chairs, broken tiles, and a bright orange traffic cone.

Voices recorded from the video claim that the attacks left the victim bleeding from open, gashing wounds on the head.

A lady is heard asking what time the ambulance is coming.

Netizens were appalled and angered, demanding that the perpetrators be locked up by the police.

Many others expressed sadness for the victim, whose condition is unknown. â€œA moment of impulse becomes a lifetime of regret. Humans only have one life.â€

Ten men have since been detained. Kuala Lumpur Criminal Investigation Department chief SAC Rusdi Mohd Isa said the incident occurred at around 3.15am.

According to the police, the 34-year-old victim had accidentally bumped shoulders with one of the suspects in one of the entertainment centres.

Later, the fight broke out after a misunderstanding between the two men. The victim was forced out of the entertainment center and was then assaulted by the other suspects.

All the suspects have been detained. Further investigations will be carried out under Section 148 of the Penal Code for rioting after a remand application was made.