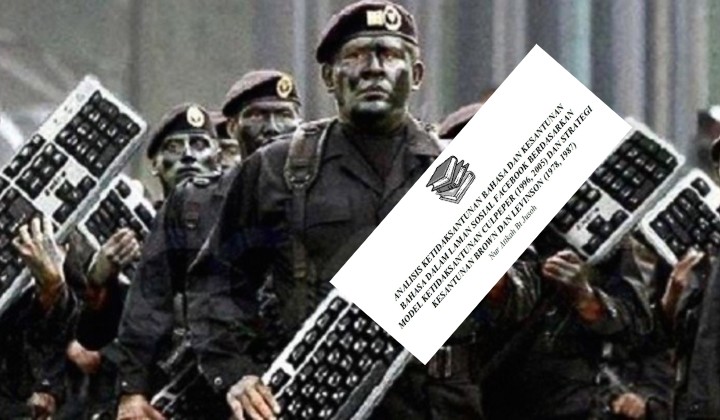 A group of linguistic students in Penang analysed all kinds of social media communication tools and published an E-book compiling all the research they had done.

From emojis to memes, these group of students from Universiti Sains Malaysia (USM) dissected it all.

Although it is in Bahasa Melayu, we have taken the liberty to translate and digest it for all of you.

Over 100 pages of real science references they divided the Keyboard Warrior phenomenon into 4 different categories.

Being directly impolite means attacking the person directly. A simple example would be calling the a person or labeling the action with a demeaning word.

The example given in her paper, ‘lazy‘ was used;

â€œYou are too lazy to work, thatâ€™s why you donâ€™t have a vehicleâ€¦â€

When you are ‘positively’ impolite, you would ignore the person or situation entirely but still use dismissive or rude language.

In the E-book, you can be considered being positively impolite in a comment if you:

In her example, the word ‘stupid‘ was used with no sympathy toward the person who posted the original content. Thus classifying this comment as ‘positively’ impolite.

“This is just one more stupid confession…”

In these kind of comments, social media users have elements of threat, ridicule or insult in their response.

In the research, the word highlighted in the comment was â€œIf I met you, surely Iâ€™ll kick you into the lake full of lizards over there.â€

The researcher explains sarcasm as falsely being polite or being pretentious.

The example given started with a harmless response;

“Weii, when are you free? Come to my room and take my motorbike keys,”

Then it turned out bad;

That comment….you either get it or you don’t.

That concludes the 4 types of Keyboard Warriors.Basically how to be mean in 4 ways according to scientists.

Which one are you or have you done all of them? Comment on our social media page!

â€œ….The students of *** are really spoilt. The road has only been damaged for 5 months, and everyone is complaining, tyres damaged, this la, that la. Serves you right for bringing your vehicle.

People who bring vehicles are rich people, I have not an ounce of pity for your vehicles. These rich people, when they face even small difficulties, are like overheating worms (cacing kepanasan). Yeah, never lived a hard life.

My family is not rich, I don’t even have the heart to ask for a motorbike. To buy myself; I donâ€™t have money, obviously I have to take the bus and walk. You guys donâ€™t understand there are other people who are living in difficulty in *** compared to you guys that have vehicles, then you complain about the road, about the parking. Seriously, I canâ€™t understandâ€¦ only thinking about yourselves SELFISH.â€