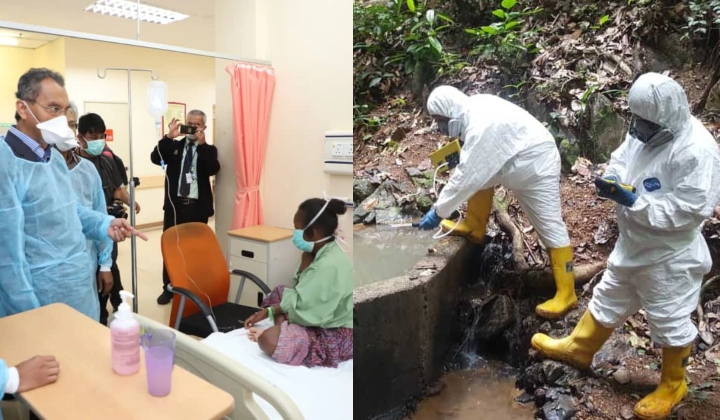 After news that the Orang Asli Batik tribe were mysteriously falling ill and dying in Kuala Koh went viral on social media, the authorities have been working tooth and nail to figure out what exactly is going on there.

As of today, several more factors surrounding the incident have been confirmed.

The Kelantan Fire and Rescue Department (JBPM) has confirmed that water sources in the area have been found to be free from contaminants after being tested for traces of hazardous and radioactive materials.

â€œThe results of the tests conducted by the Hazmat team yesterday found that samples taken from several water sources in the area were free of any contaminants.â€

According to Salleh, the Hazmat team took samples from several water sources such as from a former mining site, water collection reservoirs, water from the Aring 10 area, and nearby rivers.

People of the Batek tribe were not suffering from either TB or Leptospirosis.

Meanwhile, the Health Ministry confirmed that the people of the Batek tribe were suffering from neither TB nor Leptospirosis infections.

Health Minister Datuk Seri Dr Dzulkefly Ahmad said in a statement that the ministry found that the Batek tribe were not infected with TB or Leptospirosis.

â€œAs of today, the cause of the infection has yet to be confirmed. However, test results for TB and Leptospirosis have come back negative. I am confident that this issue will be resolved immediately.â€

At the moment, authorities are still awaiting results from further testing conducted by the Environmental Department and Health Department, which are expected to be released in one weeks time.

We hope the authorities manage to find out what is infecting the Batek tribe soon! Until the matter is resolved, the Kelantan Health director, Dr Zaini Hussin has called for restricted contact between the Batek Orang Asli villagers and outsiders to prevent further spread of the infection.