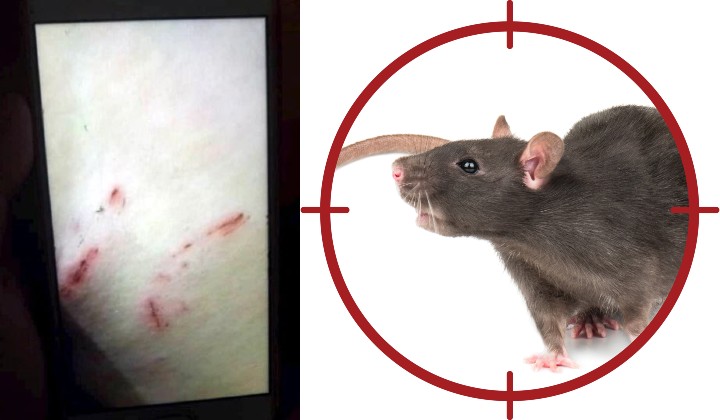 Last weekend, on a rainy afternoon, 19 year-old Umirah Mohamad was innocently heading to the supermarket with her mother.

Then she felt something crawling up her leg ON THE INSIDE OF HER JEANS.

She had folded up the bottom of her jeans to avoid them getting wet from puddles of water.

She thought the thing that had crawled up her leg was a “lizard” the size of a big toe, when it suddenly BIT her.

She felt sharp claws dig deep into her thigh and realised it was a street rat!

Even after trying to shake her leg, the rat did not seem to budge as it bit even deeper into her skin.

Her mother was forced to kill the rat with her bare hands through Umirah’s jeans because the rodent just would not let go.

Umirah was rushed to the Segamat District Hospital for tetanus shots and was allowed home after observation.

Rat bites are dangerous as they can cause rat-bite fever or even worse, rabies! So if you do get bit or even scratched by rats, please do seek medical attention! Kudos to Umirah’s mother who urgently brought her to the doctors.

There’s A Solar Eclipse Happening In M’sia: How To Enjoy The Cosmic Event