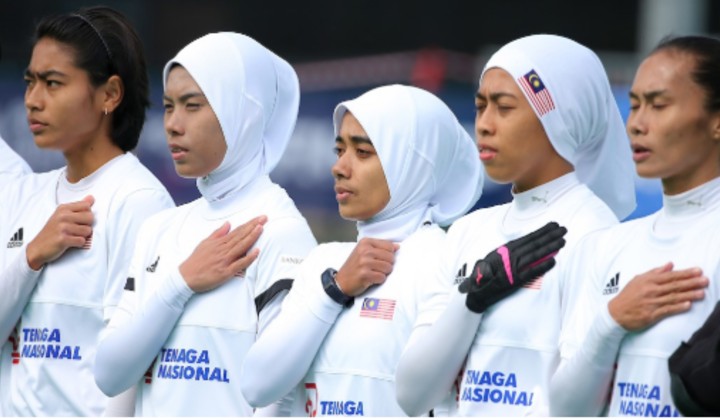 Malaysia marches one step closer to the 2020 Tokyo Olympics as the national womenâ€™s hockey team thrashed Singapore’s at the FIH Series Finals hockey tournament at the Banbridge Hockey Club in Ireland on Sunday.

According to a statement from the Malaysia Hockey Confederation, the team had showed amazing promise after slaughtering their neighbors, and long-time rivals, Singapore – an astounding 12-0 – during last weekendâ€™s game.

This triumph was attributed to the amazing efforts of our outstanding Tigress who gave it their all during the â€˜Pool Aâ€™ match-up.

Most notably were the scoring skills of Nuraini Rashid who managed a hat-trick during the 12th, 28th and 35th minutes of the game.

Previously, Malaysia suffered a narrow defeat of 1-2 to host, Ireland.

But following the recent win, Malaysia is set to wrap up fixtures against the Czech Republic on Tuesday.

Winners from this pool will advance to the semi-finals while the second and third placed teams will face each other off in a cross-over for the remaining two semi-final positions.

Finalist from the FIH Series tournament will be assured a spot to qualify for the 2020 Tokyo Olympics.

Lets give it up to our tough Tigresses and wish them all the best for their next match!

Previously the athletic rivalry between Malaysia and Singapore had sparked controversy after players from both nations had a bit of a quarrel on the pitch during the 29th SEA Games 2017.

Catch a video of what transpired during the 2017 match below: