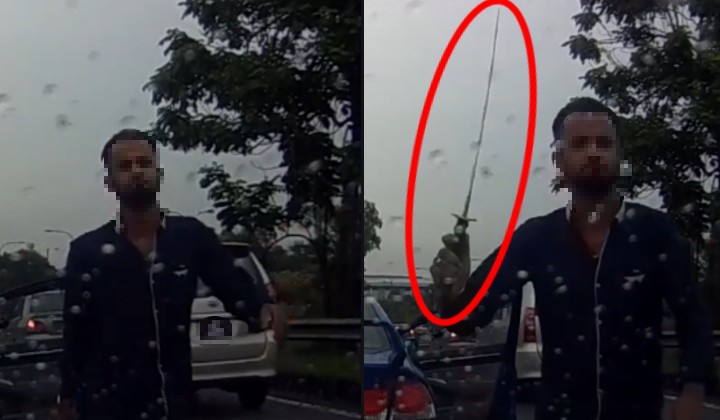 Just a few days after the sentencing of Abang Botak, who had a fit of road rage that went viral, comes news of another arrest made after (surprise, surprise) a video went viral…

But before this episode sparks another online debate, in a surprising twist, it turned out that the parang-wielding showman… (get itâ€¦ cuz he put on a show… on camera…)

…was already a wanted man!

According to Malay Mail, the 31-year old man was picked up at a home in Johor Baru, along with three other men, who had all been suspects for several separate criminal cases.

With the arrest of the gang of thugs, police said that a total of 11 robbery cases in the district had been solved.

Guess with this sudden stroke of luck , anger-prone road users should really start asking themselves before they start making a scene…