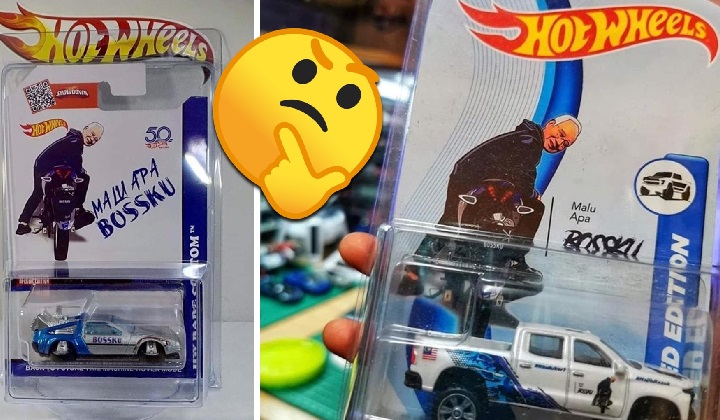 Pictures of “LIMITED EDITION” toys with his likeness and catchphrase were shared by former Prime Minister Datuk Seri Najib Razak on his Facebook page this evening.

One appears to be a pickup truck and the other a DeLorean DMC-12 repainted with his likeness and his Malu Apa Bossku catchphrase on the box.

“Whether it’s real or not, I don’t know. A friend WhatsApped just now. If you find it, don’t just look at it. It’s limited edition. After you buy it, upload a picture.”

Well, we can say that while they might physically exist, they are not made by the original manufacturer.

This is according to a knowledgeable source close to the company who replied to us when contacted.

The source said there probably modifications of the diecast toys by a customer.

So whether you’re a BossKu fan or not, maybe don’t get too worked up?

I Cracked The Happy Meal Surprise Toy Code For You

Government announces new fuel subsidy; here’s how it works & who would benefit﻿