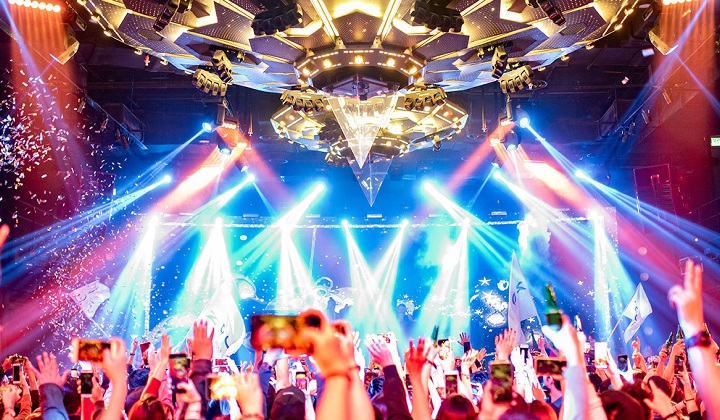 High up in cool air of the Titiwangsa mountain range, the much anticipated grand opening of Zouk Genting took place on May 19, taking advantage of the 3-day weekend.

The main stage is fully decked out with a state-of-the-art sound system by The Void that flows seamlessly together with the 54 x 20 square feet LED screen to set the atmosphere of the club.

On the ceiling are CO2 canisters, infinite lasers, over 1,000 LED lights and a flame unit which will be used for live performances and acrobatic aerialists.

You can even head upstairs to one of the two Capital suites if a private party is more your style.

R3HAB’s most reknowned tracks to date are “Pump The Party”, “The Bottle Song” and “Prutata” and he’s signed with international DJ and music producer Afrojack’s record company Wall Recordings.

The opening set was performed by local talents BATE, who previously performed at Future Music Festival Asia, Zouk Out, and Itâ€™s The Ship.

BATE previously performed in Melbourne, Seoul, Bangkok, and Singapore, and has supported the likes of Calvin Harris, Dua Lipa, Tiesto, Zedd, and Deadmau5 on tour.

Furthermore, at the end of this month, legendary German DJ Paul van Dyk is performing his latest album Music Rescues Me, his first album since 2015, inspired by his rehabilitation following a near-fatal onstage accident in 2016.

Entrants to the club must be 21 years old and above.

Genting Malaysia Lays Off Over 3,000 Jobs During RMCO