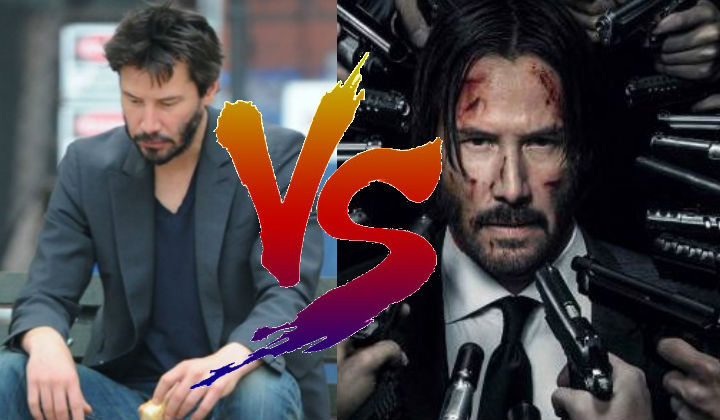 John Wick 3: Parabellum has been impressive so far, boasting a 95% Rotten Tomatoes score and many positive reviews from critics.

The movie has been hailed as â€˜gorgeousâ€™ and a â€˜masterpieceâ€™, and John Wick is seriously the epitome of cool.

But John Wick is only a deadly assassin who goes on violent rampages to avenge his dog’s death. Keanu Reeves, the actual human person/actor, on the other hand, is an absolute legend.

I mean sure, John Wick kicks ass, but Keanu Reeves defies the natural law of aging.

2. He feigns surprise when people tell him they think he’s immortal.

3. It’s probably why he had the best answer to Stephen Colbert.

4. He is a walking lesson on being a forever classic icon. He probably saw the first birth of fashion in person.

John Wick goes on a (very fashionable) killing spree on a horse, but Keanu Reeves walks the talk in timeless fashion.

6. For an immortal, he does a great job at being human.

Apparently, he was on a flight that was cancelled. He didn’t complain or throw his weight around. He simply took the bus- like everybody else. Plus, he helped other people carry their bags. Who does that? Not John Wick.

That time when your flight out from #GDC almost crashes and you have to emergency land in a remote airport but at least Keanu Reeves is having as bad a day as you are. pic.twitter.com/XSPa1wlNuO

Most superstars like setting up charities in their name, but Keanu Reeves donates under the radar. He moves past his life’s traumas with good deeds.

8. Too good a job… Even actual humans don’t do this.

Keanu Reeves buys food and drinks for homeless people and sits with them to talk. How many of us even look at homeless people in the eye? John Wick only talks to them because they are secretly undercover agents.

Watch Keanu Reeves in the third installment of the John Wick action movie franchise, out in cinemas now.

Got time la, Monday holiday what! Jio your friends only!