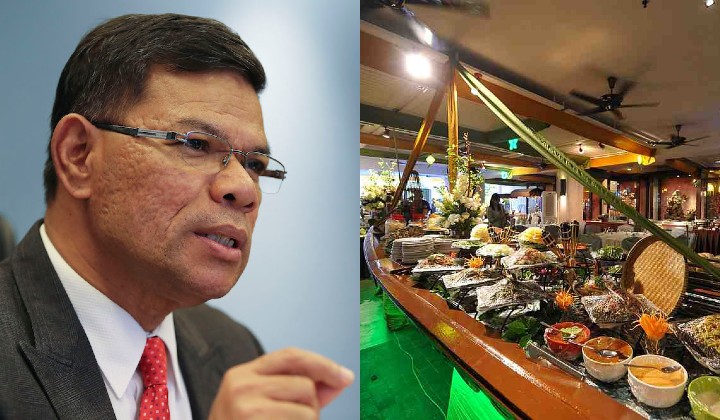 During the speech, he said there have been proposals to shut down Ramadhan buffets to reduce the amount of food waste.

However, he regrets that the government does not have the power to do so.

Neither does his ministry have the power to control or restrict the amount of food in the hospitality industry.

Saifuddin then divulges some serious numbers about food wastage and shares his concern on this matter.

He reports that according to Solid Waste Corporation of Malaysia (SWCorp) there is more than a 30% increase of food being thrown out during Ramadhan compared to other months.

Malaysians on average throw away about 15,000 metric tonnes a month, which translates to feeding about 12 million people three times a day.

Instead, he suggests the hospitality industry do more charity and take care of the welfare of the poor.

Saifuddin says his ministry has a list of people who would benefit from such help, especially during these times (Ramadhan) and volunteered to share the information.

Maya Karin is saying NO to Ramadhan Buffets