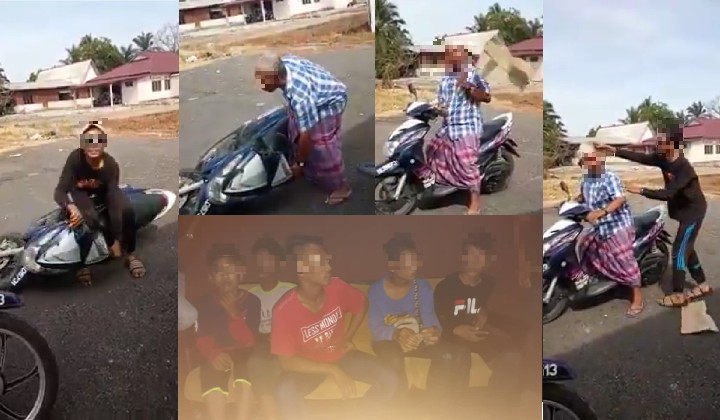 After a bunch of teens bullied an old man in Kampung Sijangkan, Selangor, in just a few hours, the village came together to teach them a lesson.

In a videoclip one the teens bullies an old man by knocking over his motorcycle, throwing trash at him and trying to put a plastic container on the old man’s head.

The clip, allegedly recorded on May 12, lasts for a minute and a half and other voices can be heard mocking the old man in the background.

Later that evening, the teens were rounded up and brought to the house of the old man, according to a netizen, Leah, claiming to be the old man’s niece.

Apparently, the while village turned up.

More videos showed the teens being scolded, followed by their apology.

The teens were then apparently sent to the police station.

A few hours later, Leah posted that the matter was settled but called on people to respect the elderly.