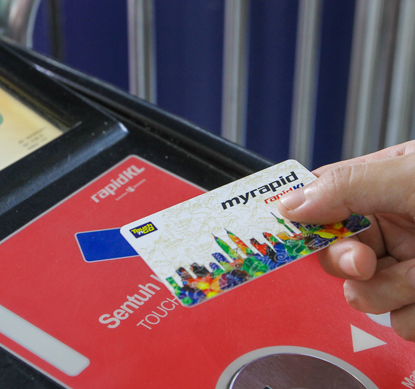 RapidKL has already begun to roll out a cashless payment system that requires users to have a Touch ‘n Go (TNG) Card, preloaded before riding their buses.

The service began its roll-out in Ampang in mid-April and is scheduled to be live across Klang Valley by the end of May 2019. It sounds good on paper, but here are a few reasons why it might be a bad idea: –

This system does not take in to account that the elderly who use Public Transport are not fans of modern and comparatively new technology.

Most of them don’t even want to use a cellphone, forget about some fancy card that replaces their money.

World Tourism Federation (WTF) research has shown that Tourists in urban destinations rely on PT to get around. Forcing tourists to use a cashless system adds a layer of confusion and which might not make them happy, and unhappy tourists spend less.

Those living a day-to-day subsistence life will be hardest hit by RapidKL’s system. The poor rely on public transport to get around.

They may not be able to afford the minimum required top-up, let alone afford the card itself. Have a look at India, and you can see how their attempts at cashless systems hurt their own people and economy.

As a rule, Malaysians will drive before they use public transport, and leave their TNG in the car.

Suddenly, you need to carry it around, or buy a second card and remember to keep both loaded. Sure, you could use your IC as a TNG – but you definitely can’t lend it to a friend.

Every tried to top up using a top up machine? What about at a store providing the service? Half the time, it’s not possible because of a “system problem.”

The other half of the time, you’re in a rush and will find yourself stuck with no way to get on the bus. Without the infrastructure to support it, going cashless is not a good idea.

Those are some reasons why a cashless
RapidKL is a bad idea. But what do you all think? Is a cashless system actually
worth it? Let us know what you think on Social Media or in the comments below!

We Are All Makcik Kiah, And Her Family Is Our Family